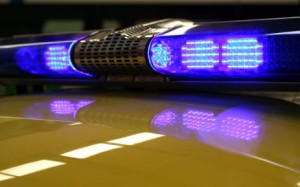 JOHANNESBURG – A 38-year-old man who was attacked allegedly by three young men while riding his bicycle in Pretoria believes the assault was racially motivated.

The three 19-year-old men have been released on a warning after they briefly appeared in the Pretoria North Magistrates Court on charges of assault as well as reckless and negligent driving.

Simba Masvino sustained severe head injuries as a result of being dragged alongside the group’s vehicle outside the Nkwe Resort on Sunday.

Masvino has told Eyewitness News the three young men told him after the attack that they “only wanted to scare him”.

He says this is proof that the attack was racially motivated.

“If he wanted to scare me he should have stopped, maybe to do something. Maybe hit me and then run away. I also don’t understand their aim now.”

He claims the vehicle the group used to drag him beside was speeding and they refused to stop.

Police say the suspects will be back in court next month, while investigators gather more evidence.

Masvino says the families of the three men have offered to pay his medical bills and to take him to a private doctor for further examination.

He says they have also tried to convince him to withdraw the case against the trio but he refuses to do so.

“Some just say, ‘Simba please withdraw the case’ or something like that and I just said ‘no’.”

Masvino’s face is severely swollen and he’s had to have several stitches.

He will now have to return to a specialist next week as doctors suspect he could also have a fractured skull.