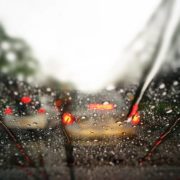 Following an intense heat wave‚ the South African Weather Service on Tuesday warned Gauteng residents to brace themselves for some heavy rain.

According to the weather service‚ severe storms with large hail and damaging winds could possibly hit the province on Tuesday.

In the last fierce hailstorm to hit Johannesburg two weeks ago‚ several people were injured while two people were killed when heavy winds ripped roofs and collapsed structures.

At the time Gauteng MEC for Infrastructure Development Jacob Mamabolo said 51 RDP houses and 12 shacks were damaged in Mohlakeng. Seven of the 12 shacks were completely destroyed.

In Zuurbekom the roofs of 14 houses were blown off‚ power lines exposed and some roads closed off after trees fell onto the street. In Simunye‚ close to Bekkersdal‚ four houses were damaged while in Roodepoort a tree fell onto a house.