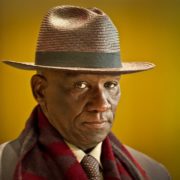 Speaker notes by the Minister of Police, Minister Bheki Cele on the stabilization approach on the crime in South Africa.

Good morning and thank you for this opportunity. 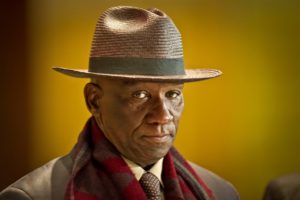 During the recent past, South Africa has been plagued with serious and violent crimes, particularly aggravated robberies which has instilled fear in our innocent, vulnerable and law-abiding citizens of our country.

On this backdrop I have directed the SAPS Top Management to adopt and extraordinary operational approach to stabilize this crime wave which must be followed by a normalization approach.

Therefore, in our efforts to stamping the authority of the State, we will be introducing the execution of a high density stabilization intervention going forward.

This will entail the migration of resources from a strategic framework level to an operational framework level. This means that in provinces such as Gauteng, KwaZulu-Natal and Western Cape, which provinces are most affected by this crime wave, we will be boosted by the deployment Lieutenant Generals. We will also be mobilizing all Police Act (functional) members that are ordinarily tasked with administration duties to augment the visibility of police officers, particularly in identified hotspot areas in all provinces.

We will also be dedicating teams to track and arrest wanted suspects as part of our Organised Crime Threat Analysis (OCTA) approach.

In order to ensure a sustainable stabilization of crime, we realized that we would also need to ensure a downward management of “red dockets” (cold cases). In this, dedicated detectives will be working around the clock to gather information and evidence to identify those responsible for committing serious and violent crimes.

This will be a 24 hour multi-disciplinary activation plan dubbed “Squeezing the space for criminals through an offensive approach”.

The South African Police Service remains committed to ensuring that people in South Africa are and feel safe as outlined in Outcome 3 of the National Development Plan 2030. Not only do we want to ensure that people are and feel safe but we also want to ensure an environment conducive for and effective and efficient Grand Economic Strategy of the country. If the economy of our country flourishes then we can expect that crime will drop. If crime persists, the economy is not likely to flourish.

As part of the community mobilization, I call on all South Africans to be our eyes and ears by providing information on criminal activities preferable before they happen. Information can be provided to the local police station or to our Crime Stop number 086 00 10111. I also want to make a clarion call our SAPS members to work closely with the members of the community if we want to realise the desired support from all sectors of society.