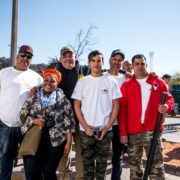 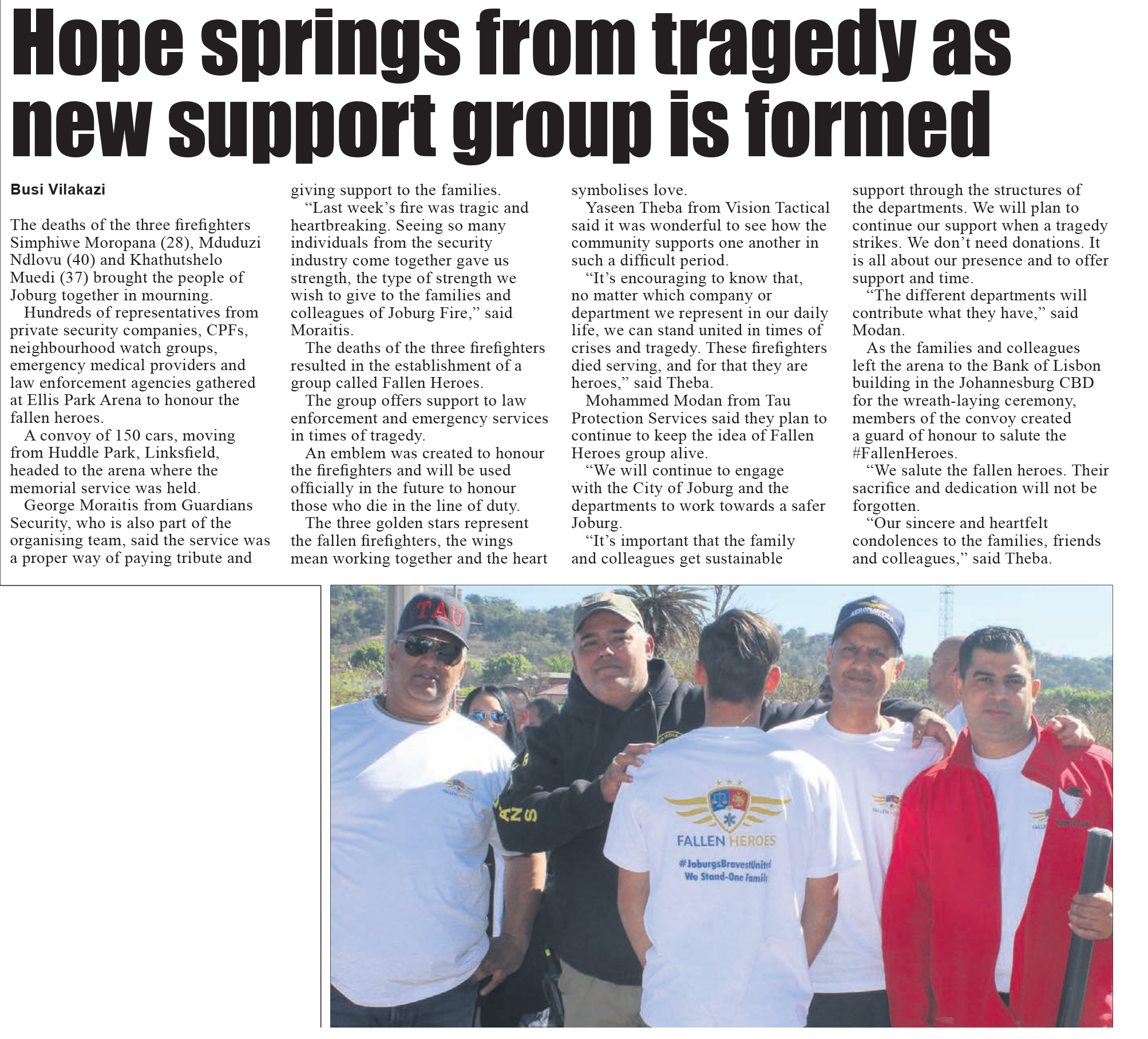 The deaths of the three firefighters Simphiwe Moropana (28), Mduduzi Ndlovu (40) and Khathutshelo Muedi (37) brought the people of Joburg together in mourning.

A convoy of 150 cars, moving from Huddle Park, Linksfield, headed to the arena where the memorial service was held.

George Moraitis from Guardians Security, who is also part of the organising team, said the service was a proper way of paying tribute and giving support to the families. “Last week’s fire was tragic and heartbreaking. Seeing so many individuals from the security industry come together gave us strength, the type of strength we wish to give to the families and colleagues of Joburg Fire,” said Moraitis.

The deaths of the three firefighters resulted in the establishment of a group called Fallen Heroes.

The group offers support to law enforcement and emergency services in times of tragedy.

An emblem was created to honour the firefighters and will be used officially in the future to honour those who die in the line of duty. The three golden stars represent the fallen firefighters, the wings mean working together and the heart  symbolises love.

Yaseen Theba from Vision Tactical said it was wonderful to see how the community supports one another in such a difficult period. “It’s encouraging to know that, no matter which company or department we represent in our daily life, we can stand united in times of crises and tragedy. These firefighters died serving, and for that they are heroes,” said Theba.

Mohammed Modan from Tau Protection Services said they plan to continue to keep the idea of Fallen Heroes group alive.

“We will continue to engage
with the City of Joburg and the departments to work towards a safer Joburg.

“It’s important that the family and colleagues get sustainable support through the structures of the departments. We will plan to continue our support when a tragedy strikes. We don’t need donations. It is all about our presence and to offer support and time.

“The different departments will contribute what they have,” said Modan.

As the families and colleagues left the arena to the Bank of Lisbon building in the Johannesburg CBD for the wreath-laying ceremony, members of the convoy created a guard of honour to salute the #FallenHeroes.

“We salute the fallen heroes. Their sacrifice and dedication will not be forgotten.

“Our sincere and heartfelt condolences to the families, friends and colleagues,” said Theba.

HOW TO PROTECT YOUR CHILDREN AGAINST ABDUCTION