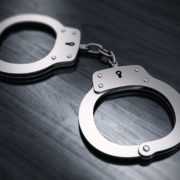 Hawks DPCI TOMS together with various South African Police Service Units and Private Entities have made a huge breakthrough in clamping down on crime syndicates operating in Gauteng.

Two suspects were arrested in Marlboro on Monday (8/7/2019) – and detained by various SAPS Units, the suspects were sought for various crimes in the vicinity of Johannesburg.

The vehicle and suspects were spotted in Marlboro and were subsequently stopped and detained.

Suspects tried to escape and collided with one of the law enforcement vehicles. Both (2) suspects in the car were apprehended and arrested.

After further investigations it was discovered that the suspects are linked to more criminal investigations for a crime committed on the 8/7/2019 whereby R 10 000-00 was robbed from a victim at a shopping mall.

Tips To Help You Avoid Becoming A ‘Crime Statistic’