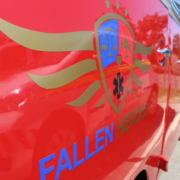 Majority of Houghton Estates Blossoming Trees To Be Chopped Down Due To Invasive...