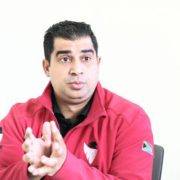 According to the South African Police Service, the year to 31 March, 2019 saw increases in all contact crimes, including murder, sexual offences, attempted murder, assault with intent to cause grievous bodily harm, common assault, common robbery and robbery with aggravating circumstances.

Reports of sexual offences saw the highest increase at 4.6% while robbery with aggravating circumstances increased the least, at 1.2%.

Over the last year, 21,002 people were murdered across the country, up by 686 from 2017/18. The most common cause of murder was misunderstandings/arguments, followed by domestic violence and gang-related killings.