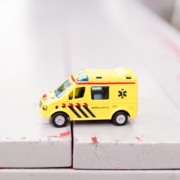 Joburg Emergency Services says it will remain on high alert as a cold front hits Gauteng.

The South African Weather Service says most parts of province including the City of Johannesburg will receive a significant drop in temperatures starting on Friday morning.

JES says freezing temperatures will force residents to use heating and lighting appliances that may be dangerous if they are used unsafely.

Spokesperson Robert Mulaudzi says the main focus will be on the 189 informal settlements throughout the city as they are the most vulnerable to fire incidents during cold weather conditions.

“We just want to encourage all our residents throughout the city of Johannesburg to look after all their heating devices, things like paraffin stoves, heaters, candles as they try and warm themselves to make sure that all those heating devices are well looked after and are not left unattended while in use.”

Mulaudzi says the City of Johannesburg’s Disaster Management Centre will be operational throughout the weekend and monitoring teams have been dispatched to all seven regions of the City to monitor any eventuality, which might occur.

The SA Weather service says the temperatures will start improving from Sunday.