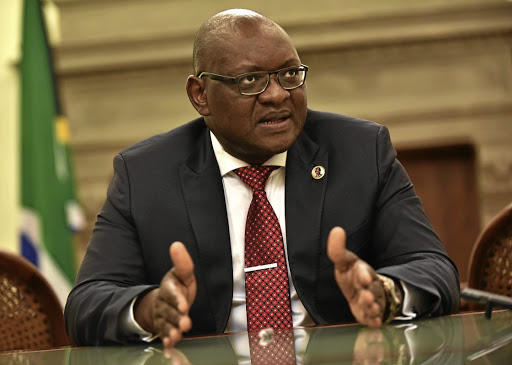 Johannesburg – Police men and women were not coping in the fight against crime in the province, Gauteng Premier David Makhura said as he delivered the State of the Province Address (SOPA) on Monday.

“The trajectory on crime remains negative. From Sophiatown to Soshanguve, Kagiso to Katlehong, Khutsong to Evaton, Elodrado Park to Rossettenville, Olievenhoutbosch to Tembisa… our communities are terrorised by gangsters, drug lords and rapists. Murder and robbery remains excruciatingly high, violence against women, children and members of the [lesbian, gay, bisexual, trans, and intersex] LGBTI community remains out of control,” Makhura told MPLs in Randfontein, west of Johannesburg.

“Our police men and women are not coping. They are not getting the leadership they require from the top management, mainly due to infighting among the leaders of our law enforcement agencies.”

The provincial government a new policing plan through to try and turn the tide on crime in Gauteng. The plan included the establishment of specialised units closed down by former national police commissioner, Jackie Selebi between 2000 and 2006.

“I want every station, cluster and indeed the provincial commissioner to report every eight weeks about crime reduction targets. We want to see real progress in closure of drug dens and the arrest and prosecution of drug lords. I want to see serious decline in crimes perpetrated against the most vulnerable in our communities such as women, children, the elderly and the LGBTI community,” he said.

Turning to the recent torching of houses purported to belong to drug lords in Johannesburg’s Rosettenvile and in Pretoria West, Makhura said urged leaders to handle the issue of migrants carefully.

“I have always been clear that everyone is welcome in Gauteng, the home for all. We are South Africa’s most cosmopolitan and Afropolitan province. I have personally participated in marches and said very clearly that I am against xenophobia. I would like to call on all leaders to handle the matter of migrants with a great deal of sensitivity and care. In any country, migrants and refugees are very vulnerable people,” he said.

“We must never try to stigmatise or criminalise all migrants and foreign nationals because this will have devastating consequences that would lead to the death of innocent people. The whole world is grappling with this issue right now and let us deal with this matter in way that would not fan the flames of xenophobic violence.”