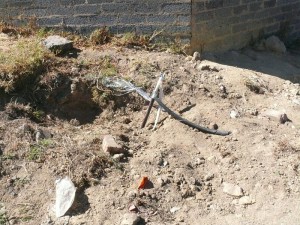 According to a city council press statement the official, who wasn’t named, was found in possession of four cable reels.

The statement said, “Working with law enforcement agents, City Power has dealt a fatal blow against cable theft following the arrest of a senior staff member found in possession of cable drum rolls, each valued at approximately R350 000. The official cannot be identified yet until he appears at South Gauteng High Court on charges of cable theft and possession of stolen property.”

It said the Hawks, police and City Power were investigating to establish whether the official was working with any syndicates responsible for the spates of cable theft around Johannesburg.

City Power’s managing director, Sicelo Xulu, said he was encouraged as the breakthrough demonstrated their unwavering commitment to rid the utility of corruption. “No one is above reproach in the fight against corruption and cable theft, including City Power employees,” he said.

He added that the arrest was after months of painstaking investigation and the breakthrough spared the city’s residents unplanned power cuts and millions in lost revenue. “Cable theft is conservatively estimated to cost the national economy about R5 billion annually, besides the additional costs of replacing damaged infrastructure and equipment which further increased electricity tariffs and prices for ordinary citizens.”

He added that the scourge had forced the industry to lobby government to classify cable theft as an act of economic sabotage. This resulted in government proposing a Criminal Matters Amendment Bill which will impose more stringent sentences on cable thieves.

Xulu appealed to residents to report any cable theft incidents they witnessed to City Power and law enforcement agencies.