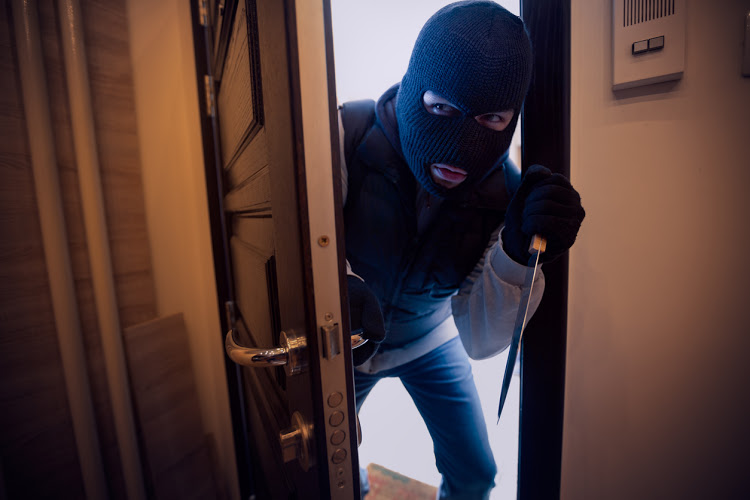 When Mandisa Manzini bought a house in Protea she was relieved that she would finally have a safe place to call home‚ but little did she know the headache that comes with owning property in Johannesburg.

The mother of two is a victim of two house robberies. The first incident occurred last April and thieves took electronic appliances worth more than R24‚000 while she was locked in her bedroom with her children‚ aged two and five years.

While intruders cleared her house‚ Manzini screamed and dialled the police who came hours after the criminals had left the area. Nobody was harmed during the incident but Manzini said it has traumatised her.

“I struggle to sleep at night since the incident. We live in fear because we don’t know when we might be robbed again. I have even considered moving out of this area because of the bad experience we have had‚” said Manzini.

Two other houses located along Manzini’s street suffered the same fate this June. Thembinkosi Mkhize‚ who lives next to Manzini‚ lost goods worth R30‚000. The experience has forced him to install an alarm system‚ build a boundary wall and beef-up security features in his house.

Based on the 2017 State of Urban Safety Report‚ Manzini and Mkhize’s frustration is shared by many in Johannesburg. The report said Johannesburg has the highest number of residential robberies‚ a trend that forces many to spend more on security.

Vision Tactical co-founder Yaseen Theba said the company is getting more clients from different Johannesburg suburbs and the figures keep on increasing as the December holiday season approaches.

“Crime is a national problem and those that live in lavish areas are more at risk because criminals want a piece of what they have. Criminals continuously improve their methods‚ that is why as security companies and law enforcement agencies we must be pro-active in our conduct‚” said Theba.

Without revealing too much detail‚ Yaseen said the company has deployed more guards in certain areas and has acquired technological gadgets to help combat crime. With armed guards on the ground and CCTV cameras‚ they also rely on a cellphone app that triggers quick response.

Head of client relations at insurance company OUTsurance Natasha Kawulesar said they have not observed an increase in the take up of insurance in Johannesburg but high crime statistics have an impact on the insurance industry.

“Crime levels in an area affect the premiums in an area. Bear in mind this is based on statistics such as theft‚ fire‚ floods and other factors. One may deem an area safe but statistics may prove different‚” said Kawulesar.