“I think that I shall never see, a poem as lovely as a tree.” We’d like to believe that Joyce Kilmer drew inspiration from Jacaranda trees in bloom when she wrote her famous poem.

While Pretoria may be unofficially known as the Jacaranda City with more than 70,000 trees lining its streets, it is Johannesburg that actually has more Jacaranda trees, with the first tree planted at Charlton Terrace in Doornfontein back in the early forties.

Jacarandas are in bloom from late September to the middle of November, draping our urban neighbourhood and concrete jungle in magnificent shades of purple and blue.

Who introduced the first Jacaranda trees to Johannesburg?

According to Joburg City Parks, William Nelson from Nelsonia Nurseries in Turffontein had planted nearly 30 million trees, shrubs and plants for general distribution, and planted approximately 106 kilometres of trees along the streets of Kensington by the turn of the 19th century.

We spoke to Mark Kaplan, owner and manager at the Munro Boutique Hotel in Upper Houghton, where some of the most beautiful views of Johannesburg’s Jacaranda trees can be enjoyed. The views from Munro Drive are spectacular, and you can see Magaliesberg mountain ridge on a good day.

“Pretoria is built in a valley between two hills, so a lot of people spend time high and look down onto the orchards, whereas in Johannesburg you just have to drive down the street to see them. You can’t see them en masse like you can here.”

According to Kaplan, Joburg boasts “the largest man-made urban forest in the world. Cities like Brazil have bigger forests, but they’re natural. But this is a man-made forest because this was all grassland.”

Jacaranda trees are a threat to the environment

He explained that the trees had been banned for many years, but that has been overturned and nurseries are allowed to sell them again. They were classified as a ‘category three invader’ in 2001 because Jacarandas invade water sources.

“All these trees have been planted, indigenous trees that have been brought in from other parts of the country, but they don’t belong here naturally. It’s an exotic, and it comes from South America.”

However, when the Jacaranda trees were banned, officials categorised the tree under a particular category of invasive species, which allows municipalities to keep existing trees “but not to replant them when they die.”

“Those moments under the shade of the Jacaranda trees on the vicarage lawn were the most pleasant of the trial …” – Nelson Mandela, Long Walk to Freedom.

Where to view Jacarandas in bloom in Johannesburg?

Apart from the views from the scenic and historical Munro Drive in Houghton, there are several other spots around Johannesburg offering superb views. Melville is a must-visit as the purple Jacaranda blossoms are contrasted against the pink bougainvillaea on 4th Avenue.

We also suggest taking a stroll down Jameson and Victoria Avenues in Melrose, while the James and Ethel Gray Park offer a unique view of the Observatory Ridge and the spectacular jacaranda views against the downtown skyline.

If you are in Greenside or Emmarentia, remember to take a trip down Clovelly Street, as well as Galway Road in the neighbouring Parkview where a magnificent purple canopy of purple blossoms awaits you. 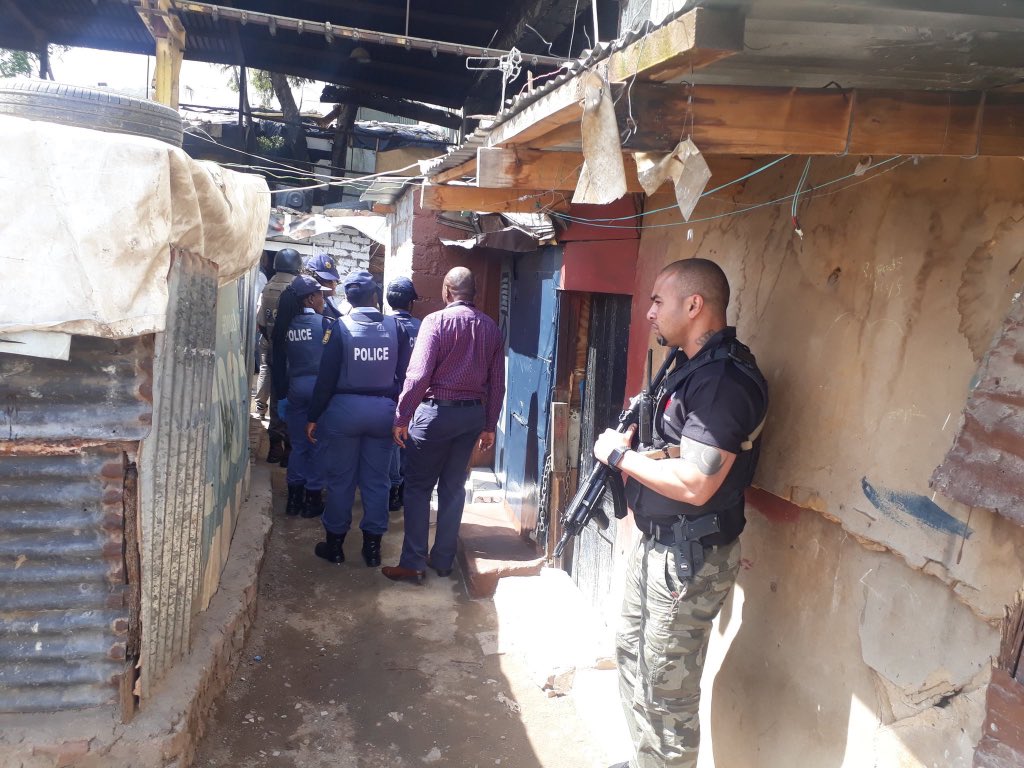 The police are on the lookout for five suspects who cornered off and shot at two people in a car on the M1 highway on Monday afternoon.

Eloise* was in her office that overlooks the highway when the incident unfolded. Instead of filming the incident as most witnesses did, she opened her Namola Safety App and requested assistance for the two victims.

“I heard shots from our office on the third floor and when I looked out the window I saw the vehicle and men grabbing a bag from a car,” says Eloise.

[LISTEN TO ELOISE CALL FOR HELP]
Namola Watch responders, Vision Tactical and Riga Rescue, were alerted to the incident and arrived on scene within four minutes of Eloise’s call. While the five suspects got away, the two patients were attended to on scene by Riga Rescue medics and later transported to hospital.

“We were the first responders on scene. Two victims, a driver and a passenger in the back seat had been shot and were in bad condition,” says a responder from Vision Tactical.

The responder continued to say that he thought the victims had been followed from the bank that they had been seen at earlier that day.

“We encourage all South Africans to have Namola on their phones for incidents like this,” says Peter Matthaei, CEO of Namola. “If Eloise hadn’t requested assistance, it may have been a different story for the two victims that were shot.”

*The Name of the witness has been changed to protect her identity.

🚧Road Closure🚧
M1 North Jan Smuts between the off and on-ramp closed due to criminal incident.@SAPoliceService on scene.@JMPD diverting traffic off the freeway at Jan Smuts Avenue and Empire road. 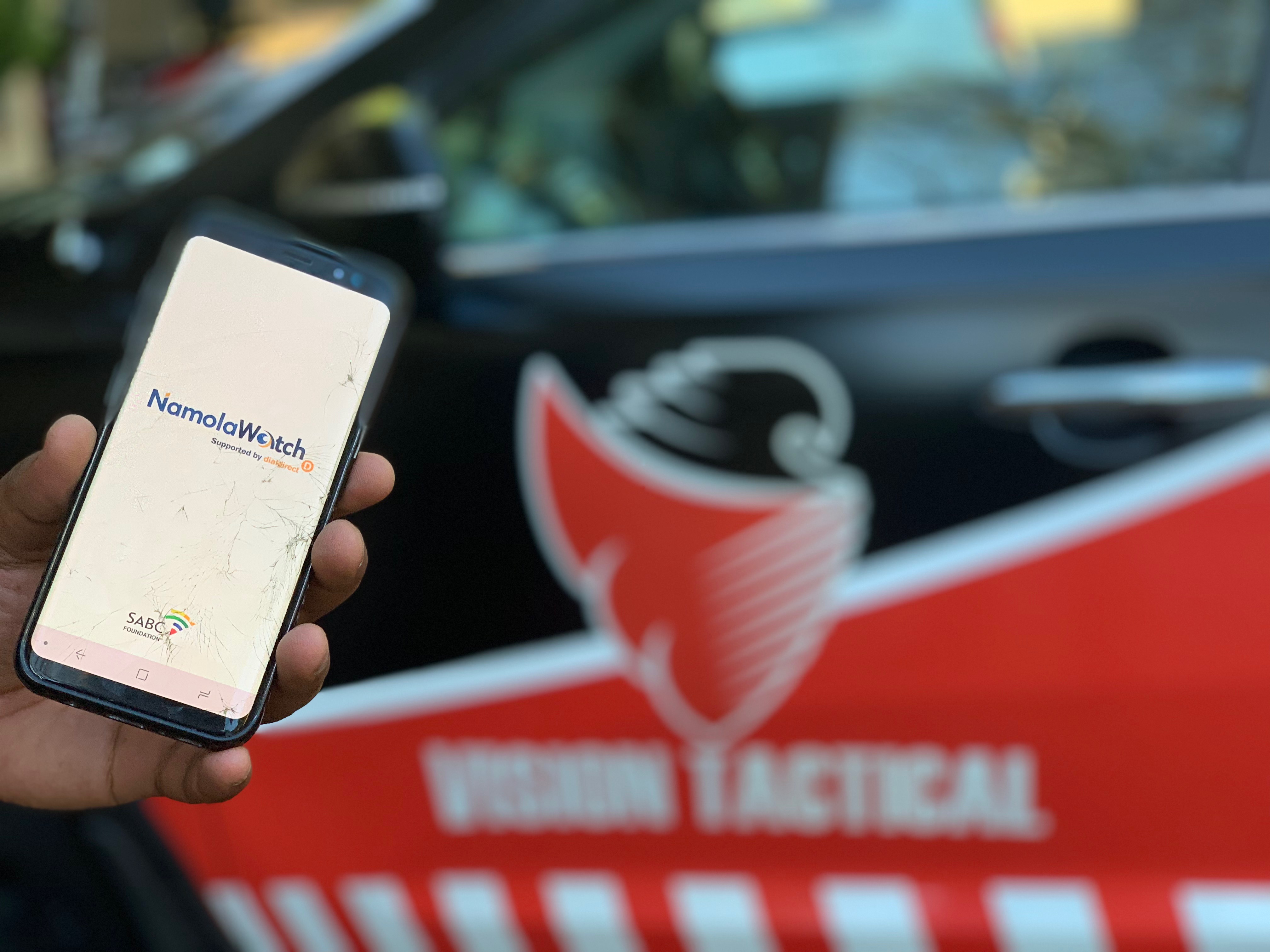 “At Namola we understand that the police are sometimes stretched thin,” says Peter Matthaei, CEO of Namola, the free emergency safety app, supported by Dialdirect Insurance. ”That’s why we launched Namola Watch — to allow community members to help each other, even better and faster than before.”

As well as being a security company, Vision Tactical is also supported by ER24 for medical emergencies Vehicles are equipped with responders to provide medical assistance as well as help combat crime in their community. Vision Tactical also recently joined forces with Tracker SA, assisting with a faster response time on tracking stolen cars.

Vision Tactical decision to join Namola Watch is to ensure that more of Namola’s 215,000 users have access to another source, ensuring help is delivered, fast.

“Vision Tactical is a company that strives to deliver progressive and proactive security to the communities it serves. Namola Watch gives us a platform to deliver this,” said Yaseen Theba, Director of Vision Tactical. “Sharing our resources, to help more members of our community paves the path for a safer South Africa.”

Namola Watch assists organisations tackling crime by providing vital information in an emergency. After a Namola user has requested assistance and a Namola Operator has followed it up with a confirmation call, nearby online Watch Responders are alerted. The Namola user’s emergency information, location and the type of incident is then available to the Namola Watch Responders. Having this information allows responders to cut down their response time as well as be ready to provide the correct assistance.

Theba encourages other crime-fighting organisations to download and sign up to Namola Watch as well as South Africans in his community, who do not have Namola, to download the application.
“Namola is the future to making our communities a safer place to live and for our children to grow up,” says Theba.

For Media or Marketing queries please contact Claire Sherwell on 0836441900 or email claire@namola.com

⁦@visiontactical⁩ decision to join ⁦@NamolaApp⁩ Watch is to ensure that more of Namola’s 215,000 users have access to another source, ensuring help is delivered, fast! https://t.co/WAS9R2FH5s

Vtac intervention unit (IU17) was on crime prevention patrol in the Killarney area earlier today. They were approached by a lady leaving the Killarney mall and informed the team that she had her phone snatched. She gave them the vehicle details. A chase ensued and IU17 blocked the suspects. He called for back up and ST01 and IU03 proceeded to assist.

Vtac, Victim and Suspects are at Hillbrow Police Station.

If you have had your cell phone snatched recently and have case numbers, please proceed to the police station to assist with more case numbers.

Well Done to All.

Welldone guys, with the Hero's patrolling our street. Great JoB @visiontactical please retweet and make this Hero famous. Doing His Job despite out numbered #SouthAfrica https://t.co/xPZScYXlvr