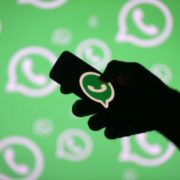 In its latest initiative, the City of Joburg will be launching a WhatsApp hotline, where the public will be able to report reckless and negligent drivers.

The platform will be operated and monitored by the Johannesburg Metro Police Department (JMPD) allowing people to send photos and videos of reckless drivers on the road.

In a statement, the City of Joburg said that the launch of the pilot project is aimed to improve driver behaviour and to ensure road safety is enhanced for all.

“Especially since reckless driving and driving under the influence has been at the top of the monthly transgressions,” the statement read.

However, it was stressed that videos and photos shouldn’t be captured while drivers are busy driving, which is a crime itself.

Instead motorists should stop their vehicles and pull to the side of the road to capture any footage.

Joburg Mayor Herman Mashaba is expected to officially launch the hotline and reveal more details about how it would work.

The City’s latest initiative comes at the same time as a push from the Road Traffic Management Corporation (RTMC) which wants to introduce strict new drunk driving rules in South Africa.

The RTMC has proposed to the Department of Justice that driving under the influence (DUI), speeding and reckless or negligent driving be reclassified in terms of the Criminal Procedure Act.

This would include changing DUI from a schedule 2 to a schedule 5 offence, which would place drunk driving in the same ‘category’ of crimes as rape and murder.

It also wants arrested drivers to spend at least seven days behind bars before they can be considered for bail.

What do you think of the Whatsapp Hotline? Let us know in the comments section below.

Hijackings Occur Daily, Tips To Protect Yourself From Becoming A Victim

When The Lights Go Out, Criminals Come Out To Play
Scroll to top