Private Security Company Vision Tactical’s enviro-initiative joined forces with the Miles of Smiles Organisation to plant ‘evertrees’ at the James and Ethel Grey Park in Melrose, Johannesburg on Sunday.

Plantations of trees is important as they improve the life and fulfill essential needs of those who depend on the environment.

The team lending a helping hand at the Miles of Smiles Evertree 🌳 initiative taking place at the James and Ethal Gray Park in Melrose.

🌳🌳🌳🌳 A number of trees will be planted by local residents later today! pic.twitter.com/vanT93h6Ai

The initiative also aimed to raise awareness about sustainable ways to dispose waste created at home.

One of the organisers, Zaheera Sibda Laher says that most people don’t think too much about the garbage they produce every day.

“There is an “out of sight, out of mind” attitude towards garbage as soon as it reaches the garbage bin. At the community level, a similar attitude is found. Waste management is an issue that doesn’t make the agenda until it reaches a crisis level.”

Laher adds that with the way things are going, community’s will suddenly find it has too much garbage and seemingly nowhere to put it.

“Of course, the waste industry tell us that there always will be some place to put it, but the solution is that we need to produce less garbage.” 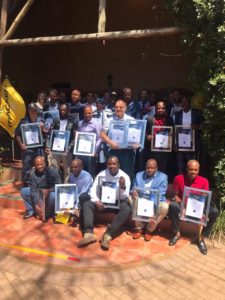 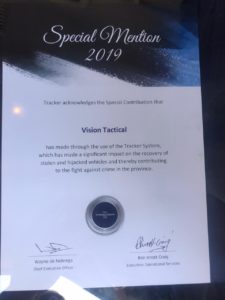 It’s the school holiday period for some. This means kids will be at home while many parents will be at work during the day. But being away from your children doesn’t mean you can’t ensure their safety.

Here are eight tips to help keep your children safe during the school holidays:

Get a trustworthy adult supervisor

Don’t leave your children alone in the house and think they are safe just because the house is locked.

Always make sure there is an adult you trust who can supervise them. If it means you have to pay the person to look after them, do so. It’s better to pay and ensure your children are safe than to risk their safety.

Don’t leave your children under the supervision of other children.

It is always advisable and best to get an older, more responsible person to look after your children when you are not available.

Don’t allow them to wander off on their own.

It’s not wise to trust that your kids are safe if you don’t know where they are. So, don’t allow them to wander off on their own unless you are sure there is someone who can keep an eye on them.

Following an intense week of unrest in Johannesburg, thousands of protesters took  to the streets yet again on Sunday, looting shops in Johannesburgs CBD, Hillbrow, Maboneng and Jeppestown.

In the line of fire was Masjid Himayatul Islam, situated in Nugget Street, reports emerged that a petrol bomb was hurled at the gate of the place of worship just before the sunset prayers, fortunately no one was hurt.

At this stage it’s unclear whether the Mosque was targeted by protestors or not.

Two suspects were apprehended by private security company FASDA and have been taken to the Johannesburg Central Police Station.

Police officers have been deployed in areas affected by the protests.

Analytical cameras in the area monitored the chase remotely and dispatched additional Intervention Units to the scene immediately.

Stolen batteries were found in the suspects’ car together with tools used by criminals in house break-ins.

Johannesburg Metro Police Department officials arrested the four suspects and took them to Hillbrow Police Station where they will be held in police custody.

Swift action by Vision Tactical’s Intervention Units led to the apprehension of suspected battery thieves operating in Houghton and surrounds.

Six suspects were arrested on Tuesday night for looting a student’s residence in Jeppestown.

It’s believed that the suspects lived next door, and were the actual neighbors of the students.

Meanwhile, EWN is reporting that Jeppestown residents have criticised Police Minister Bheki Cele for not coming up with a solution to their concerns about foreign nationals and drugs.

The community of Ward 58 together with Vision Tactical, Vision Tactical’s Green Team, the Gauteng Province and other affiliates held its first successful voluntary clean-up on Sunday.

The state of areas like Fordsburg, Mayfair and surrounds is in dire need of immediate intervention to ensure the quality of the environment is improved.

This situation in areas like Mayfair, Fordsburg and surrounds is in DIRE need of immediate intervention!
_
The environment is our home. If it is not healthy, we will not be healthy either. When people abuse the environment, this affects us all.

Uncle Ricky, a local community stalwart and organizer of the #SpringDayCommunityCleanUp told Vision Tactical that he was heartened to see so many residents coming out in their numbers to help transform Ward 58 into a clean suburb we can all be proud of.

“I would like to express my deepest appreciation to all residents who took part in today’s activities whether at your local park, throughout your ward or just in your street. Every effort counts.”

Uncle Ricky also stated the intention to host clean-up events for the next six months and then go back to the drawing board to ensure the areas stay clean.

Vision Tactical Director Yaseen Theba says that we all have a responsibility to keep our environment clean and our collective ability to bring change to the City is pivotal moving forward.

“By all of us working together to clean our City, we can build a Johannesburg future generation can be proud of.”