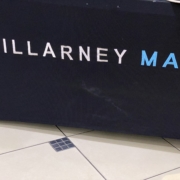 A female employee at Killarney Mall, in Johannesburg, was shot dead on Tuesday afternoon.

According to eyewitness accounts, the armed male entered the store and began arguing with the female victim, it’s believed that he then shoved her in to the office at the back of the store together with the other employee, and shot the female victim numerous times.

No go area for now.

The armed suspect then turned the gun on himself and subsequently died on scene.

Vision Tactical Units responded immediately after being dispatched by our emergency control and arrived within minutes.

Director Yaseen Theba who was one of the first responders on scene said that upon arrival, it was discovered that the patients had already succumbed to their wounds.

“We then  alerted our emergency control room to contact the SAPS, JMPD and emergency services who responded to the scene.”

Theba adds that the scene was handed over to the South African Police Service for further investigations.