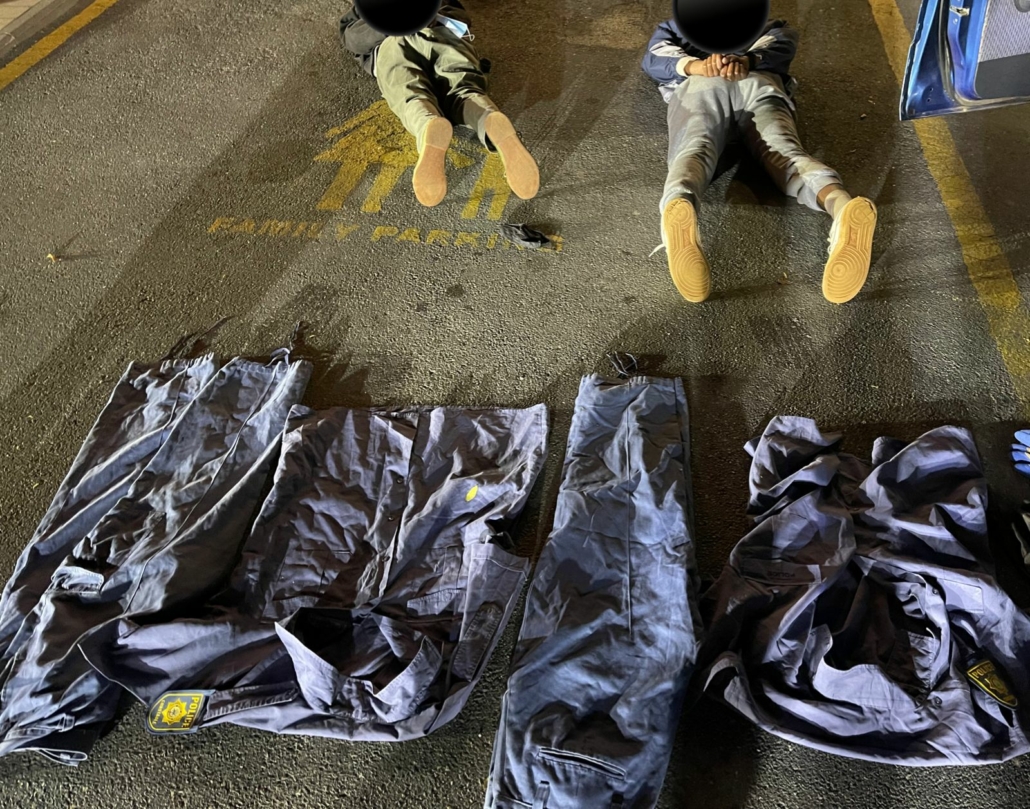 Media statement from the office of the Provinvial Commissioner of the police, Gauteng.

A gang that is suspected to be responsible for car hijackings and armed robberies around Gauteng was arrested in Lanseria on Sunday, 29 May 2022 after they were found with unlicensed firearms, ammunition and police uniform. The suspects aged between 26 and 36, are linked with various cases where victims are robbed and hijacked by people wearing police uniforms.

Members of Crime Intelligence gathered information about suspects that wait at a petrol station to prey on unsuspecting motorists and subsequently hijack and rob them at gun point. Information on the planned hijacking that was to happen on Sunday night was shared with the operatives.

As the team was keeping a close observation, they spotted a blue Mazda that matched the description of the suspects’ vehicle and followed it until it stopped at the petrol station in Lanseria. Upon searching the five occupants and the car, police found two unlicensed firearms (a shotgun and pistol), ammunition, and police uniform. Suspects were arrested for possession of unlicensed firearms and ammunition, possession of suspected stolen property, impersonating police officers, and conspiracy to commit a crime.

Provincial Commissioner of the police in Gauteng Lieutenant General Elias Mawela, has praised the collaboration between the police and private security companies through the Eyes and Ears project as they continue to squeeze the space for criminals.

The suspects are expected to appear before Randburg Magistrates on Tuesday, 31 May 2022. 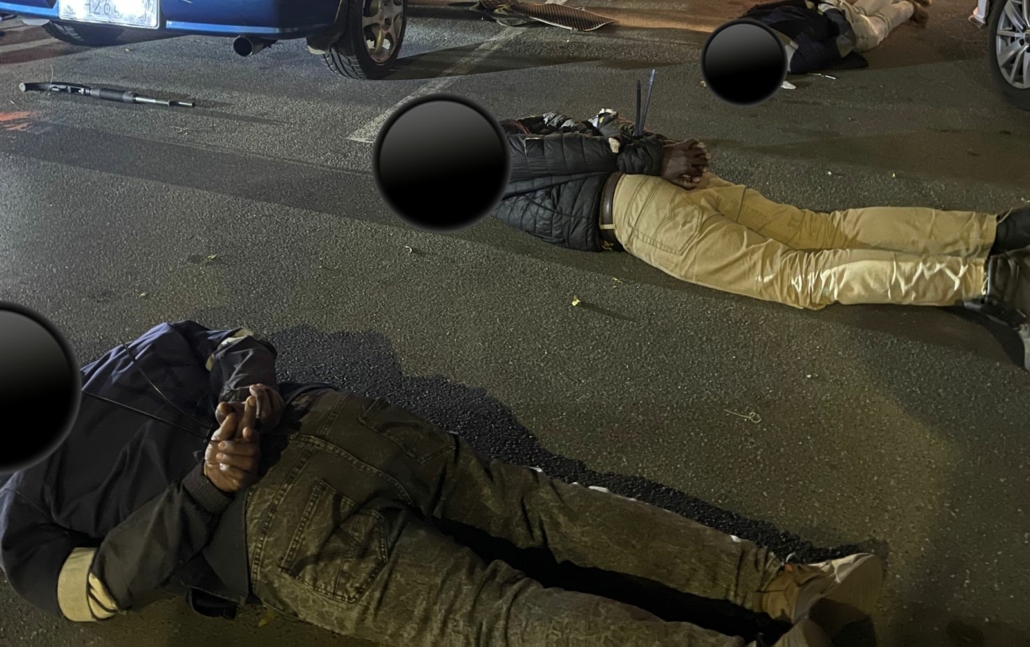 Follow us
Vision Tactical awarded the “Most Respected Security Company”

CONTINUED COLLABORATION BETWEEN LAW ENFORCEMENT OFFICERS RESULT IN THE RECOVERY...
Scroll to top