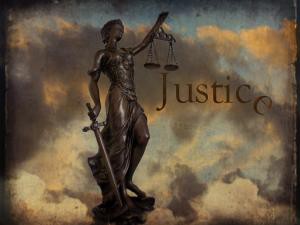 Cape Town – The National Prosecuting Authority has welcomed the effective 25-year prison sentence handed down to a drug addict found guilty of murder.

The Western Cape High Court on Monday sentenced 25-year-old Gerhardus Joshua Albrecht to direct imprisonment after he entered into a plea bargain with the State.

Albrecht pleaded guilty to murder and robbery with aggravating circumstances.

He told the court that on Christmas day 2014 he visited his 62-year-old partner Ernest Will at his home to ask him for money.

The two started drinking, and an argument ensued.

Albrecht hit Will on the head with a porcelain dish, a bottle of brandy, a bottle of whiskey and a knobkierrie.

He then tied him up with a cellphone cable, gagged him and left him to die.

Albrecht then made off with Will’s necklaces, small earrings, antique coins, watches and his car, a Mazda Rustler.

He later sold the car to his drug dealer.

Albrecht was sentenced to 25 years direct imprisonment for the murder and 15 years for the robbery with aggravating circumstances.

The judge ordered the sentences to run concurrently.

NPA spokesperson Eric Ntabazalila said: “Criminals do not enter into a plea and sentencing agreement because they have become born agains. They are forced by the overwhelming evidence against them and realise that it would be difficult to escape their time in jail.”

Taking a proactive stance against crime