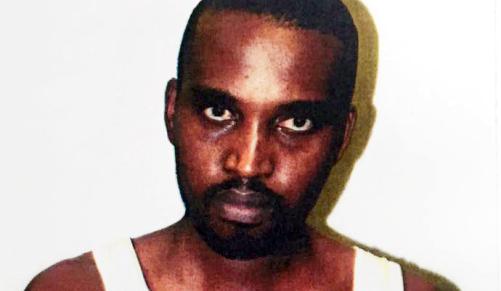 Durban – One of KwaZulu-Natal’s most wanted cash-in-transit kingpins will now spend the rest of his life behind bars.

On Friday, when Nhlanhla Danisa appeared in the Durban Commercial Crime Court, armed police kept watch, guarding against any attempt to free him.

Danisa had fatally shot an SBV cash-in-transit guard in July 2013 as the security company was delivering money to a Standard Bank ATM at KwaMashu’s Bridge City Mall.

State advocate, Krishen Shah, had argued that Danisa and his gang had opened fire on the two guards and one of them died at the scene from a bullet wound to the head.

The other dropped his gun and fled. Danisa and his gang took the guards’ guns and fled with about R504 000.

In addition, on Friday Commercial Crime Court magistrate Christobel Mazibuko convicted Danisa of robbery with aggravating circumstances and sentenced him to 10 years in jail. This was for a cash-in-transit heist at the Pick n Pay Hypermarket in Durban North in August 2014, where R395 000 and a guard’s gun were stolen.

Danisa, 33, and his co-accused, Sibusiso Ngubane, 43, were also convicted and sentenced to 10 years’ imprisonment for a cash-in-transit heist at the Pick n Pay in Chatsworth in October 2014 where R25 000 and a guard’s gun were stolen.

Danisa’s sentences were to run concurrently with his life sentence.

The men were arrested after an undercover operation involving the Hawks Serious and Violent Crime Unit and a special task force.

The other members of his notorious cash-in-transit heist gang were killed after a shoot-out with police.

Nine alleged gang members were killed in Greytown in December last year, and a further nine were killed after a four-and-a-half-hour shoot-out in Mooi River in April this year.

According to the Hawks investigating officers, Warrant Officer Viresh Panday and Sergeant Deena Govender, Danisa was the gang leader.

The money and the guns were never recovered.

On Friday, the magistrate said State advocate, Mahen Naidu, had proved his case beyond a reasonable doubt.

She was impressed with the testimony of G4S security guards, Jordache Krishoondutt and Arrol Naidoo, on the Durban North robbery.

Krishoondutt was held up by three armed men as he was taking the money to his security vehicle. Naidoo was the driver and was seated inside the cash vehicle.

He said they were parked outside the store at 8am and the robbery lasted five minutes. The men were not wearing masks. One of them took his gun, while the others took the money.

“Jordache has since resigned from G4S. He told the court he was scared and shocked by the incident and in court one could see he was still terrified about what had happened to him,” said the magistrate.

Guards had identified Danisa in an identity parade.

Mazibuko said she was also impressed with the evidence of Pick n Pay security guard, Philip Mattys, who had positively identified Danisa and Ngubane in an identity parade.

The G4S guard who was held up said he could not identify any of the men.

From the store’s CCTV video footage, the court could see that Mattys had a clear view of the men during the robbery.

“These robberies had the hallmark of organised crime. (Danisa) and (Ngubane) were active members and participants of the robberies, committed weeks apart. They had time to pause for reflection, but didn’t stop and committed further offences,” Naidu argued.

Their Legal Aid attorney said he would argue for leave to appeal against their conviction and sentence at a later stage.

Suspect set to appear over murder of children

A father and son were arrested late Thursday evening in Midrand on drug trafficking...
Scroll to top