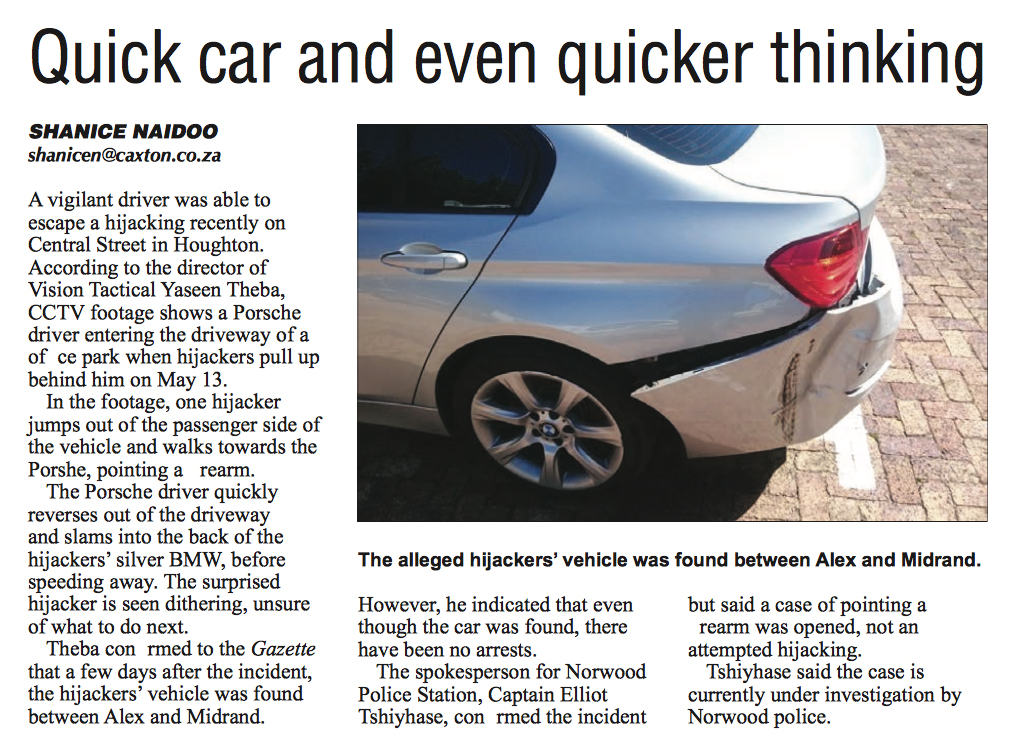 A vigilant driver was able to escape a hijacking recently on Central Street in Houghton.

According to the director of Vision Tactical Yaseen Theba, CCTV footage shows a Porsche driver entering the driveway of an office park when hijackers pull up behind him on May 13.

In the footage, one hijacker jumps out of the passenger side of the vehicle and walks towards the Porshe, pointing a firearm.

The Porsche driver quickly reverses out of the driveway and slams into the back of the hijackers’ silver BMW, before speeding away. The surprised hijacker is seen dithering, unsure of what to do next.

Theba confirmed to the Gazette that a few days after the incident, the hijackers’ vehicle was found between Alex and Midrand. However, he indicated that even though the car was found, there have been no arrests.

The spokesperson for Norwood Police Station, Captain Elliot Tshiyhase, confirmed the incident but said a case of pointing a firearm was opened, not an attempted hijacking.

Tshiyhase said the case is currently under investigation by Norwood police.