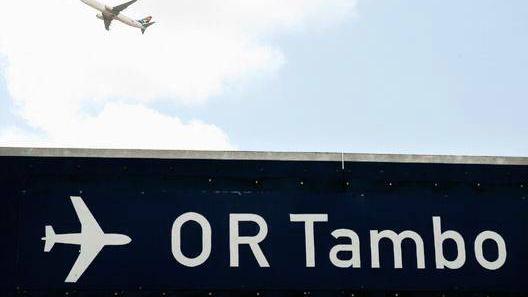 Durban – Police are convinced that the “follow home” airport attacks have dropped since July.
However, security companies say the situation is still critical.

Their clients are forking out R3000, and sometimes more, for armed security to escort them safely from OR Tambo International Airport to their destinations.

National police spokesman Brigadier Vish Naidoo said the number of “follow home” attacks have dropped since July 25 – from up to five incidents a week to nil.

This, he said, was until two weeks ago when 36 Dutch tourists were attacked and robbed by five armed men – one of them posing as a uniformed police officer.

The tourists were allegedly followed from the airport and forced to stop in Fourways, north of Johannesburg.

They were robbed of their personal items and luggage.

Allegations from security bosses and individuals involved in crime fighting initiatives say there is a syndicate operating at the airport – with some OR Tambo staff involved in tipping off criminals involved in the attacks. Naidoo said police could not rule out this possibility but it had not been conclusively proven.

“There are many theories and allegations have been made but no one has come forward with evidence to substantiate this,” said Naidoo.

“We have put into place a new revise strategy to deal with the attacks. One of the many strategies we have implemented to curb the problem, include a vetting process of staff employed at the airport.”

Naidoo said prior to July 25 the attacks were reaching unprecedented proportions.

He said this dropped after Minister of Police Fikile Mbalula intervened and a decision was taken for the police to further announce their presence.

“We have established a close working relationship with private security companies, SA Tourism and guest house owners to find ways to combat and prevent these attacks. These criminals are after money, personal valuables and luggage.”

The general manager of Johannesburg-based Asar Security, Raees Shamar, said they offered private armed security escort to businesses and the general public from the airport for the last three years.

“We get about 20 calls a week for armed escort from the airport to a client’s home. The situation is clearly critical,” said Shamar.

“People pay from R3 000 for armed escort – there are three armed, trained and certified officers per car. Some request two cars as added precaution. The price fluctuates per car.”

He said his officers are alert and looked out for any suspicious activity and obstacles on the road.

Shamar added that he was convinced certain airport staff are involved in tipping off criminals.

“People coming back home with large sums of money or other valuables will have to declare this at customs and that is where they are being marked. There is no other way a criminal would know who to target unless they are getting inside information.”

Yaseen Theba , the director of Vision Tactical, an armed security company, said spotters working at the airport were a vital key to the “follow home” attacks.

This, he said, depends on the time of day, traffic and number of people travelling.

“While my officers don’t have the power to do what the police have, creating a presence at the airport and on the roads leading out of the airport serves as a strong deterrent to would-be criminals.

“We didn’t just offer this service because we saw a gap in the market and decided to capitalise on it. Our clients requested it due to the high number of attacks.”

Theba urged travellers to be discreet with large sums of money, jewellery and electronic equipment and to be alert.

“We get about 100 calls a month for this service. It’s an alarming reality but people do get followed home from public areas.”

The negative reports are going across the world. If police are not able to protect people, the alternative would be to get private security. I suspect police involvement in some of these attacks, as in the case with the Dutch tourists. A policeman in uniform stopped the tourists – he is either a rogue or fake cop”

Naidoo said it had not been confirmed if the person involved was a policeman.

Tourists robbed on their way to hotel from airport