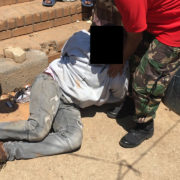 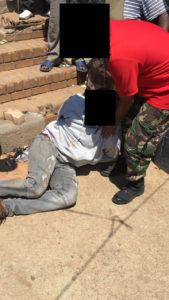 A resident from Houghton reported to a stationed Vision Tactical Security Officer that he was robbed. Vision Tactical Intervention Unit together with Response units arrived at the scene.

Victim was pointed with firearm and robbed of a phone some time before he reported to the security as he was passing. Suspects description was obtained immediately and we started to track the cell phone. Phone was traced to Alex near Pan Africa Junction.

Vision Tactical contacted security units in that area as they started making their way to the tracked phone. David from 7 Arrows spotted the suspect as per the description and the suspected was apprehended. We thank David for his swift response.