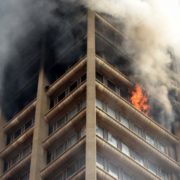 Johannesburg fire chief Arthur Mqwa says the blaze that engulfed the upper levels of a building in the Johannesburg CBD on Wednesday has since spread to lower levels through ducts filled with paper and boxes. “The fire spread through the ducts to the 16th floor because there were papers and boxes in those ducts‚” he said during a briefing at Milpark Hospital‚ where four firefighters were undergoing treatment for burn wounds and smoke inhalation. “What I am trying to say is that the building was not sealed. It did not comply with the [emergency services] bylaws‚” said Mqwa. 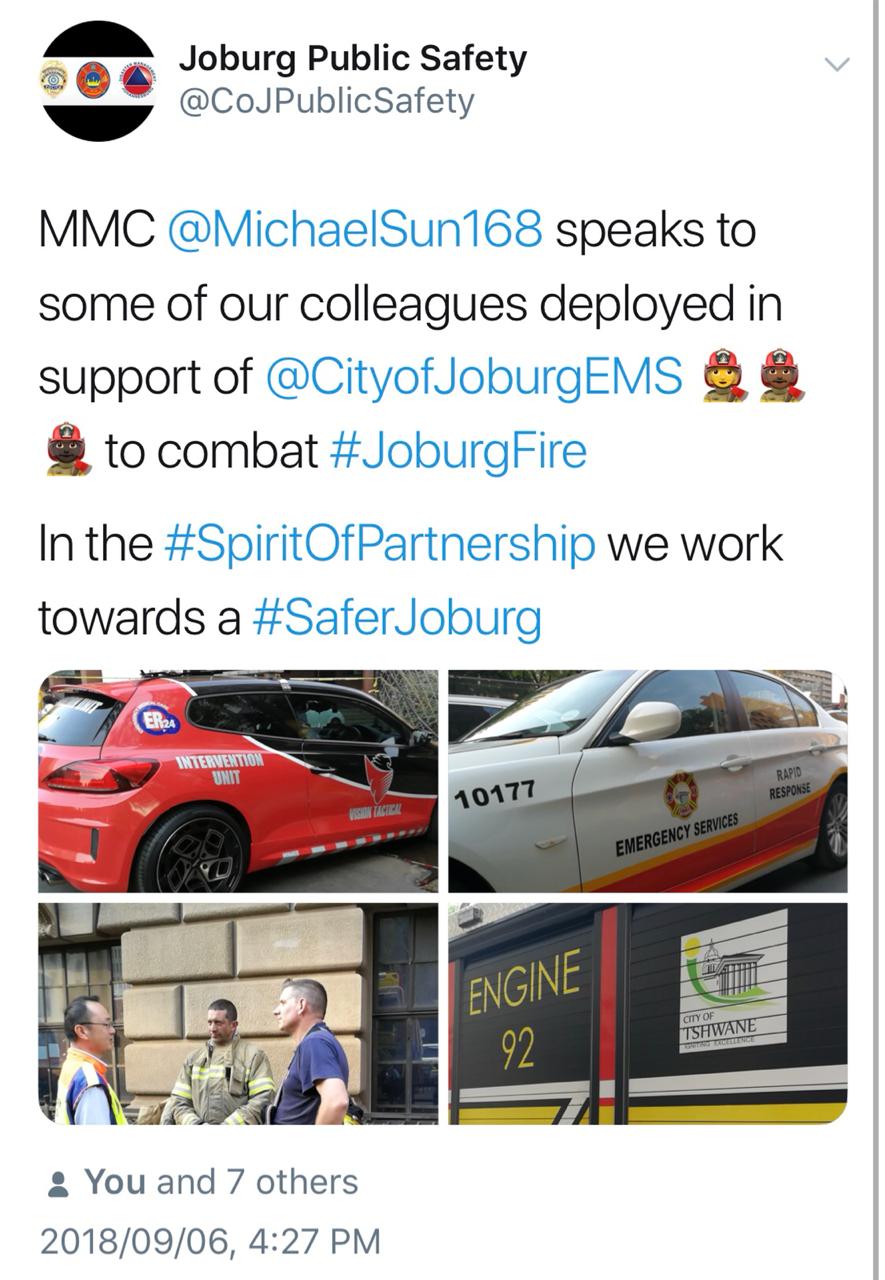 Vision Tactical assisted with resources on the ground and supported The City of Joburg EMS and JMPD Teams.