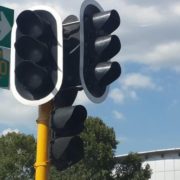 When the lights go off, criminals come out to play and their prey has reportedly become motorists stuck in traffic.

Like the rest of the country, motorists in the City of Gold are desperate for solutions.

Help is being promised though, in the form of officers fanning out across the city to focus on traffic crimes.

Johannesburg mayor, Herman Mashaba says he will now be joining the City of Cape Town, which is currently in court trying to source power outside of Eskom.

“We’re fighting for Eskom not allowing us to buy electricity from the IPPs, what we’re saying is we need as a city to be allowed to really buy electricity and energy from anyone who can supply it reliably and in a cost effective manner.”

There has already been a cash injection to have officers around the M2 highway while it’s under construction, something that has caused a traffic nightmare.

The City of Joburg plans to deploy 150 more officers during load-shedding.