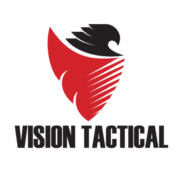 Vision Tactical units were on standby in Orange Grove after reports of a protest in the area.

Together with the South African Police Service and the Johannesburg Metro Police Department, officials monitored the situation in the area after dispersing protesters who were blocking Louis Botha Avenue on Thursday morning during peak hour traffic.

All clear in Orange Grove, protestors have dispersed! https://t.co/GaHeYRvhPR

The situation remains calm in Orange Grove. Protestors are handing over a memorandum to the ward councilor. Vision Tactical will continue to monitor developments. pic.twitter.com/CeCFOFZtYX

Is Vision Tactical’s Green Team Doing The Work Of The Municipality?