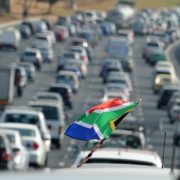 Traffic volumes are expected to start increasing on Thursday as thousands of motorists take to the roads ahead of the long weekend.

The N3 Toll Concession says that all its toll gate plazas will be operating at capacity to ensure minimised bottle necks and delays in travel time.

Transport Minister Blade Nzimande will be on the N1 highway in Pretoria on Thursday morning for government’s road safety activation.

Traffic police are expected to mainly focus on checking motorists’ blood alcohol level as driving under the influence has been flagged in previous years as the main cause of road crashes.

Nzimande’s spokesperson Ishmael Mnisi has been quoted as saying: “Law enforcement authorities and emergency services have been placed on high alert to enforce the law.”

Vision Tactical units will be on standby to assist the Johannesburg Metro Police Department and the South African Police Service in several joint crime prevention operations to ensure the safety and security of all during the upcoming Easter Weekend.

A few safety tips before you hit the road:

Safety Tips When You Are Home Alone
Scroll to top