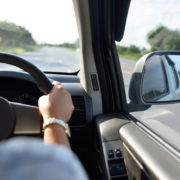 In South Africa, we know the pressure we face with driving on major highways – and for new young licensed drivers this can be a daunting first-hand experience.

As experienced drivers, you can play an active and crucial role in a young person’s driving experience. Here are eight road safety tips from Vision Tactical to share with new drivers to encourage them to be better, safer drivers.

Insist that new drivers always wear a safety belt, even for short trips to the shops. According to the Centre for Accident Research and Road Safety, you’re 10 times more likely to be killed in a road crash if you’re not wearing a seat belt.

Seat belts work because they distribute forces from a crash across the chest and pelvis, some of the strongest parts of the body. So that belt could mean the difference between getting a few bruises versus your body flying into the windscreen.

Drivers aren’t allowed to use phones at all while driving. The physical, visual and cognitive distraction leads to unsafe driving and increases the odds of a crash. If they need to use the phone, teach them to stop and park where using a mobile phone won’t be a danger to themselves or to other road users.

According to researchers, each time a driver writes and sends a text, his or her eyes are off the road for an average of 4.6 seconds, enough time to drive the length of a rugby pitch. Remind new drivers that it’s their job to watch the road when driving, and no one else can do it for him.

Speeding is the biggest killer of young drivers. Remind your teen that there’s no pressure to keep up with other vehicles in traffic. Keeping to the speed limit will not only reduce the risk of an accident, but also help drivers avoid costly traffic fines that can affect car insurance premiums.

Side and rear mirrors do a good job of showing what’s happening behind the vehicle. However, they still leave areas big enough for other cars, bikes and people to hide in. That’s why drivers should check their blind spots:

Drivers should be aware of their own blind spots, but also those of other vehicles too. If they’re driving alongside the right of and slightly behind another car, that other car might not see them there. Drivers should pull alongside or in front of them, or drop back until he can see the face of the other car’s mirrors.

It’s easy to avoid the subject of alcohol and drugs, but turning a blind eye won’t make the issue go away.

New drivers may be smart enough not to drink and drive, but did you know that driving sleepy can be just as dangerous as driving drunk? Sleepiness impairs a person’s attention, working memory and coordination skills, all crucial for safe driving.

An estimated 15 per cent of crashes are caused by fatigued driving.

While it’s an obvious thing to do at night, having your headlights on during the day can make it easier for other drivers to see you. This can be particularly helpful during times when the sun affects visibility (e.g. driving in the early morning or evening).

Finally, young drivers need to be aware of their surroundings when driving, especially at night and while driving alone.