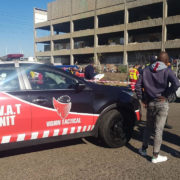 Vision Tactical units along with ER24 responded to an emergency rescue operation in New Doornfontein, south of Johannesburg on Wednesday morning.

Officials then ascertained that a baby got stuck in the drain along City and Suburban Road.

Emergency services made their way to scene and worked with the Fire Ops officials to rescue the baby.

University of Johannesburg BEMC students were also on scene with extraction equipment.

Unfortunately, after trying to rescue the trapped baby for hours, the mission was called off by officials on scene as they could not locate the victim.

Simple, Yet Effective Ways to Make Your Home Safer