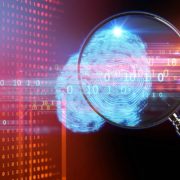 Robberies are one of those things that you often hear about on TV and via WhatsApp messages – but believe, deep down, will never happen to you.

However, this has changed, every day we hear of people who have recently been robbed, often in broad daylight.

Getting robbed is something one does not prepare for. There are however precautions one can take to help decrease the chances of becoming a victim of such unfortunate incidents.

With an increase in armed robbery cases in the north of Johannesburg in recent weeks, Vision Tactical Director Yaseen Theba outlined important tips on how to diminish the odds of becoming a target for brazen criminals:

Theba adds that robberies can happen anywhere at any time. Knowing what thieves look for when they choose their victims, and what you can do to make yourself less of a target, can help you avoid becoming a victim yourself.

Individuals traveling from areas which have recently become crime hotspots are urged to remain vigilant and aware of their surroundings at all times and are also encouraged to travel in groups rather than alone.