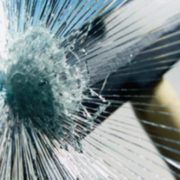 Criminals have taken to pouncing on unsuspecting motorists through “Smash-and- Grab”, breaking a window in order to gain access to any valuables in a vehicle.

Perpetrators have the element of surprise to their advantage, stunning their victim with the unsuspected smash, leaving them enough time to grab any valuables.

These thieves target valuable items such as cellphones, handbags, wallets, purses, laptops, shopping bags, keys etc. Drivers are most at risk the when the presence of these items is on display.

What is a smash-and-grab crime?

Car burglaries can be expensive, from the cost of repairs to the vehicle and windows to replacing your belongings.

The victims will most likely be traumatised and feel victimised for quite some time.

Vision Tactical Director Yaseen Theba says that thieves are usually after valuables which they can easily identify from outside the vehicle and sell as easily once removed from the possession of the motorists.

Theba adds that the media warns of so-called “hot spots” but even without warning signs, the cautious driver would be able to identify areas where he/ she would be most at risk.

“These tend to be places where criminals know that vehicles will be stationary, where drivers can be easily distracted and where the criminal can make a quick and effective escape.”

Theba says that motorists need to be made aware of the modus operandi used by the criminals.

“These criminals also will often work in pairs where one will pose as a vendor, distracting the attention of the driver while the other party will perform the smash-and-grab from the passenger side.”

Finally, trust your instincts. If you see suspicious activity, find somewhere else to park.

Vision Tactical would like to urge motorists to report suspicious activity to the proper authorities – you can help prevent others from becoming a victim of a smash-and-grab or another crime!

Apartment Safety 101: Tips from Vision Tactical to Keep You & Your Apartment...
Scroll to top