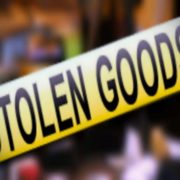 Private Security company Vision Tactical have issued a stern warning to the public to refrain from buying stolen goods on the illegal market.

This comes after a dramatic increase in jewelry heists, theft and robbery incidents across the country, especially in Johannesburg.

Director Yaseen Theba has made an appeal, urging the public NOT to buy stolen goods and says this will ultimately lead to the shut-down of the illegal market.

“Purchasing goods obtained in this illegal manner motivates criminals to repeat their actions, it is a crime and is punishable by law to be in possession of stolen goods. The public should reject and report any goods which are suspected to be stolen to the police.”

Vision Tactical understands that there are a number of “fence’s” in place, also known as a receiver or moving man, this is an individual who knowingly buys stolen goods in order to later resell them for profit.

“The fence acts as a middleman between thieves and the eventual buyers of stolen goods who may not be aware that the goods are stolen.”

Theba has urged the community to break the chain of crime and invest in a safer South Africa.

Investigations in to the various incidents which have taken place recently have revealed that armed assailants/suspects are targeting individuals wearing luxury items and carrying valuables with them, people are urged not to wear any expensive jewelry or luxury watches when leaving their homes to go out.

TIPS To Avoid The Purchase Of Stolen Goods: