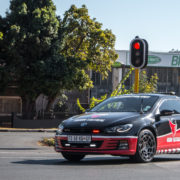 Since inception in 2014, Vision Tactical has made huge strides in the private security industry.

Having been recognized as one of the fastest and strongest growing security service providers in Gauteng, the mandate of the company still remains the same.

Under the leadership and guidance of its Directors – Yaseen Theba and Feroz Essay, the security company built its stronghold in the northern suburbs of Johannesburg.

Theba says that Vision Tactical understands that customers rely on the company to safeguard their homes as well as businesses which is why every security contract is personally managed by one of the directors.

“This ensures we consistently deliver the very highest professional standards. Vision Tactical is firmly positioned among the most respected security companies in Johannesburg. We recruit trained specialists with highest standards and accreditations offering our clients a unique range of security services.”

The unit is used to proactively sup- port the fight against crime in Johan- nesburg with the unique Mobile Command Centredispatched to any emergency situation and also utilized as a meeting area, radio command post, WIFI hub with various communi- cation capabilities, and much more.

The idea behind the Mobile Command Centre has ensured that other Vision Tactical Units including the Intervention Unit, SWAT Unit, Patrol Vehicles and Houghton based control room become more efficient in proactively fighting against crime and criminals operating in the city.

The vehicle is a fully fledged C4ISR (Command, Control, Communications, Computer, Intelligence, Surveillance, and Reconnaissance) unit, a first for the private security industry.

While the focus for Vision Tactical has solely been on protecting various communities at large, the company always wanted to give back to the community in more ways than one, this is how and when the GREEN TEAM was born.

In February 2019, Theba and Essay co – founded the ‘Green Team’, an ini- tiative started for the community by the community.

The mandate and sole objective of the Green Team is to #KeepItClean.

Vision Tactical noticed the rapid increase of illegal dumping incidents in areas such as Houghton, Killarney and Norwood and hopes that the presence of the ‘green bakkie’ around hotspot areas will deter residents and businesses from doing so, that way ensuring no more illegal dumping while protecting the environment at the same time.

Get in touch with the team: