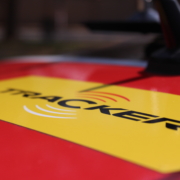 Tracker has published its vehicle crime statistics for July to December 2019, showing an 18% decrease in the number of theft and hijackings reported nationally during December.

Tracker’s most recent data indicates that most vehicles are hijacked or stolen on a Saturday. This is followed by Thursday and Friday for hijackings and theft respectively.

Gauteng has the highest percentage of vehicle-related crime (54%), with hijackings prevalent in Johannesburg and theft mainly occurring in Pretoria.

This is followed by KwaZulu-Natal with Durban in the top spot for both hijackings and theft, and the Western Cape with hijackings mainly occurring in Khayelitsha while theft is highest in Cape Town.

Further theft and hijacking hotspots include eMalahleni in Mpumalanga, Ibhayi in the Eastern Cape, Rustenburg in the North West, Polokwane in Limpopo and Bloemfontein in the Free State.

While the Northern Cape has less than 1% of the total activations, hijackings are primarily reported in Postmasburg and theft in Kimberley.