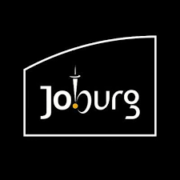 The City of Johannesburg has released a statement informing Joburg residents that public spaces under their jurisdiction will be closed until further notice to curb the spread of COVID-19.

Spokesperson of City Parks, Jenny Moodley informed councillors in the city of the closure of all it’s parks with immediate effect, to contain the spread of the virus – this includes Johannesburg Zoo.

The City of Joburg Mayor Geoff Makhubo said in a statement that Joburg Theatre, Soweto Theatre, and Roodepoort Theatre have been directed to postpone all shows and activities. Public swimming pools, recreational and civic centres, stadiums and libraries will also be closed until further notice.

Elderly people will be assisted as the City will be deploying clinical teams to also support vulnerable persons throughout the City. Makhubo said, “This includes assisting the tracking and tracing effort of those who have potentially been exposed to persons confirmed as infected with the virus.”

Makhubo said the City has strongly encouraged bars, restaurants, nightclubs, taverns, cinemas and areas of public entertainment to close their operations or limit their services. The government announced late yesterday (18 March) that restaurants, taverns, bars and clubs must accommodate no more than 50 persons at any time, open at 9am and close at 6pm.

The City’s interventions include scaling down Metrobus and Rea Vaya bus services in accordance with one person per two-seater and two people per three-seater bench. All buses will be sanitised once every 24 hours and washed twice a day. The mayor added that commuters will be provided sanitisers on buses, at ticket offices and depots.

Cash payments for trips have been suspended, commuters have been encouraged to get tags which will be issued for free during this period, Makhubo added.

Johannesburg Residents Give Essential Service Providers A Standing Ovation During...
Scroll to top