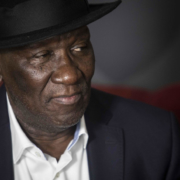 Police Minister Bheki Cele says no one will be spared the might of the law if they are found flouting the coronavirus lockdown regulations.

Two Cape Town police officers are expected in court this week after they were caught buying alcohol.

The pair requested a Strand store manager to open the bottle store and proceeded to buy liquor to the value of over R4,000.

They were on duty at the time, stationed at the Delft police station.

Police spokesperson Vish Naidoo said, “Both police officers as well as the manager were arrested and they were taken to court on Thursday. The two officers were granted bail of R1,000 each.”

Vision Tactical Supporting NGO’s On The Ground Deliver Essentials During 21...

WATCH: CCIN shares messages of hope for a country in lockdown
Scroll to top