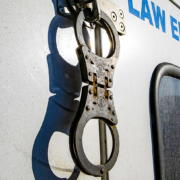 In the second quarter of 2020, Gauteng experienced a decrease in most crimes, but statistics presented on Tuesday point to alarming trends in carjackings, house robberies and crimes reported as a result of police action. The situation has worsened in the months since the heavy Covid-19 lockdown.

There was a lot of green in acting Gauteng police commissioner Major General Patricia Rampota’s report on crime statistics on Tuesday November 17. Rampota updated the provincial legislature on reported crime in the province between July and September 2020 and year-on-year reductions in crime were highlighted in green.

“This can be attributed to the interventions to work on restoring the public’s trust and confidence in the service as well as raising awareness amongst our communities,” said Rampota.

“All law enforcement achieved substantial decreases during the second quarter of the 2020-2021 financial year. We still face tough challenges in separate crimes that are embedded in the broad categories that will be highlighted,” said Rampota, who is acting as the province’s top cop while provincial commissioner Elias Mawela is on leave.

“The lockdown definitely had a huge impact on almost all crime contact categories.

The province’s second-quarter crime statistics were broadly in line with the national figures that Police Minister Bheki Cele presented last week, which showed that crime levels are down compared with a year ago, but are increasing after the country’s hard Covid-19 lockdown.

While Gauteng’s quarterly crime figures are generally lower than at the same time in 2019, reported crimes in most categories have increased between August and September 2020.

“Covid-19 was a game-changer not only for law-abiding citizens, but also for criminals. The limited movement of persons and traffic, as well as the prohibition of selling of alcohol, as per the nationwide lockdown imposed as a result of Covid-19 global pandemic, limited soft and easy targets for criminals and as restrictions were eased so did opportunities to commit crime increase. This naturally had an impact on some crime categories,” said Rampota.

“Seeing as we’re now in lockdown Level 1, we anticipate that crime might be a challenge. However, we’ve got plans in place, working hand-in-hand with other law enforcement agencies.”

There was a large swathe of red in one section of the SAPS presentation, pointing to worrying increases in crime, even as police have benefited from the lockdown hangover. Those increases fell under the heading “sub categories of robbery aggravated”.

Year on year, cases of carjacking in Gauteng were up 5%, truck hijackings increased 52.1%, cash-in-transit robberies jumped 107.7% and house robberies increased by 2%.

In his presentation last week, Cele explained how, nationally, house robberies had increased by 8.5% in the second quarter while business robberies fell by the same amount.

“As soon as the lockdown had lifted, even before Level 3, we could have seen that carjacking was picking up and carjacking is also a very sought after commodity for criminals and as these vehicles started to take back to the road and people started to work, it was opportunities for these criminals coming back to hijack the vehicles,” Colonel John van der Merwe told the provincial legislature on Tuesday.

Rampota said a multidisciplinary team had been established to target cash-in-transit attacks.

Crimes dependent on police action for detection was another concerning aspect of Gauteng’s crime statistics. It’s seen as a positive if reports of such crimes, such as the illegal possession of firearms, drug-related crime, driving under the influence and sexual offences uncovered as a result of police action, increase. It means cops are doing their jobs and taking proactive steps on crime.

Compared with the same quarter in 2019, crimes heavily dependent on police action for detection dropped by 52.7%.

“We do have issues with regard to this. This is supposed to show increases as this is where we as policemen and women go out to arrest the suspect. So if we don’t go out, get in our vehicles or do our ‘bobby on the beat’ work and arrest the criminals for these types of crimes, then we won’t achieve our increases,” said Van der Merwe.

The Top 20 winners are announced for the 2020 South African Small Business ...