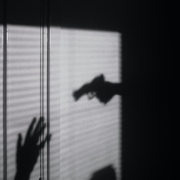 House robberies have increased across Gauteng in the past two months.

This is according to various private security companies in the province, who said they’ve seen a drastic increase since the easing of lockdown restrictions.

Robbers have specifically targeted the South and East of Johannesburg, with Alberton, Springs and Turffontein recording the highest numbers during October and November. There have also been various residential and business robberies in the North of Johannesburg and Pretoria.

“During lockdown, criminals weren’t able to move around freely but now everything has returned to normal. Criminals are capitalising on the fact that businesses are open and operational and people have started going away for holidays,” said communications manager Mohamed Ameen Dabhelia.

Vision Tactical has seen most house robberies in the East Rand, Tshwane, and Joburg North with the crimes becoming more violent.

“Some victims were choked to death and houses ransacked. Petty crimes have also picked up quite rapidly including cellphone and bag snatching in various areas.

“As unemployment rises, criminals are desperate. It’s the sad reality we are faced with,” said Dabhelia.

How to Stay Safe on Black Friday amid the Coronavirus Pandemic

Vision Tactical – Ensuring A Safer Festive For All
Scroll to top