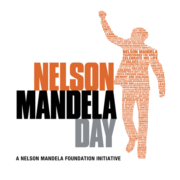 Nelson Mandela Day was celebrated differently in the wake of violent protests in the country.

This was the admission made by President Cyril Ramaphosa in his regular Monday column which he uses to sensitise the nation about issues related to the governance of the country at times lamenting about the need to fight against corruption.

In today’s article, Ramaphosa bemoans the violence that had gripped the country and led to major destruction of property. Damages amount to billions of rand.

“Yesterday, we joined with people across the world in marking Nelson Mandela Day through acts of service and generosity.

But this Nelson Mandela Day was different to previous years. It took place in the aftermath of a week in which parts of our country were gripped by violence and mayhem.

“It was a week in which we were confronted by deeply unsettling images of desolate owners standing outside the shells of what was once a thriving business; of looted shops and warehouses; of burning trucks and buildings and streets strewn with debris; of anxious citizens barricading their communities; and of snaking queues of people lining up to buy food,” Ramaphosa said.

He said Nelson Mandela Day was observed not as a country on its knees but as a people who collectively embody the spirit of Nelson Mandela, perhaps as never before.

“What I have seen in the last few days is a people united, resolute and determined to protect this country from anyone and anything that wants to destroy it. Those who lit the tinderbox of this unrest hoped to mobilise our people by exploiting their conditions of hardship. They were counting on citizens falling for crude propaganda designed to turn them not just against the state, but against each other.

On Nelson Mandela Day, the South African people were the heroes of which Madiba once spoke; the people who made peace and built where it was easy to break down and destroy.

“In the coming days, weeks and months, the true cost of this campaign of destruction will be keenly felt, especially by the poor.

“Businesses have been destroyed and livelihoods lost at a time when we are already feeling the strain one and a half years into a global pandemic. The economic damage has sapped many of the budding shoots of recovery we were witnessing just a few weeks ago.

“As we work to stabilise the country and secure essential supplies and infrastructure, we must work together to mitigate the effects of this unrest on society’s most vulnerable,” Ramaphosa said.

Say what you want but we should NEVER say it with violence ever again.