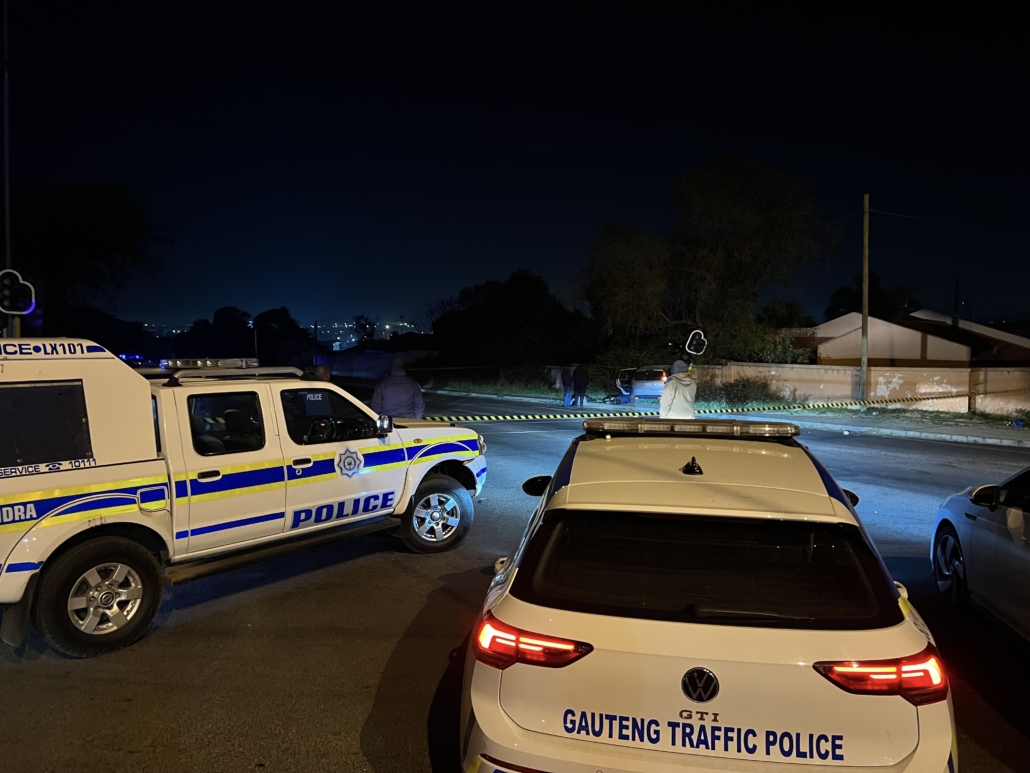 Media Statement from the office of the Provincial Commissioner of the Police in Gauteng.

PARKTOWN – A team consisting of members from the South African Police Service and private security companies were involved in a shootout with suspected blue light robbers in Sandton, resulting in three of the suspected robbers being fatally wounded and one arrested.

Members from Crime Intelligence have been following information about suspects that are committing hijackings and armed robberies in the Northern Suburbs of Johannesburg, at times using vehicles fitted with blue lights.

At approximately 19h00 on Wednesday, 08 June 2022, the team was on the lookout for suspects when they spotted a Ford Figo hatchback, with four occupants, travelling in Bramley. Members attempted to stop the vehicle but the suspects responded by shooting at the members while speeding off. A shootout and a high-speed chase ensued. While at Marlboro Drive, the suspects’ car lost control and crashed into the wall. All the suspects jumped out of the car and the shootout continued.

Three of the suspects were fatally wounded and one was arrested on the scene. Police recovered three unlicensed firearms with ammunition and Blue LED Flashlight. It was established that the vehicle driven by the suspects was hijacked in Bramley early this month.

The multidisciplinary team of law enforcement agencies continues to squeeze the space for the criminals in Gauteng as more and more suspects are intercepted and unlicensed firearms recovered.

Three suspected hijackers and armed robbers were shot dead last night in Bramley JHB after a shootout with police. One arrested. There was a high-speed chase from Sandton. Three illegal firearms seized, a blue light and a hijacked car.