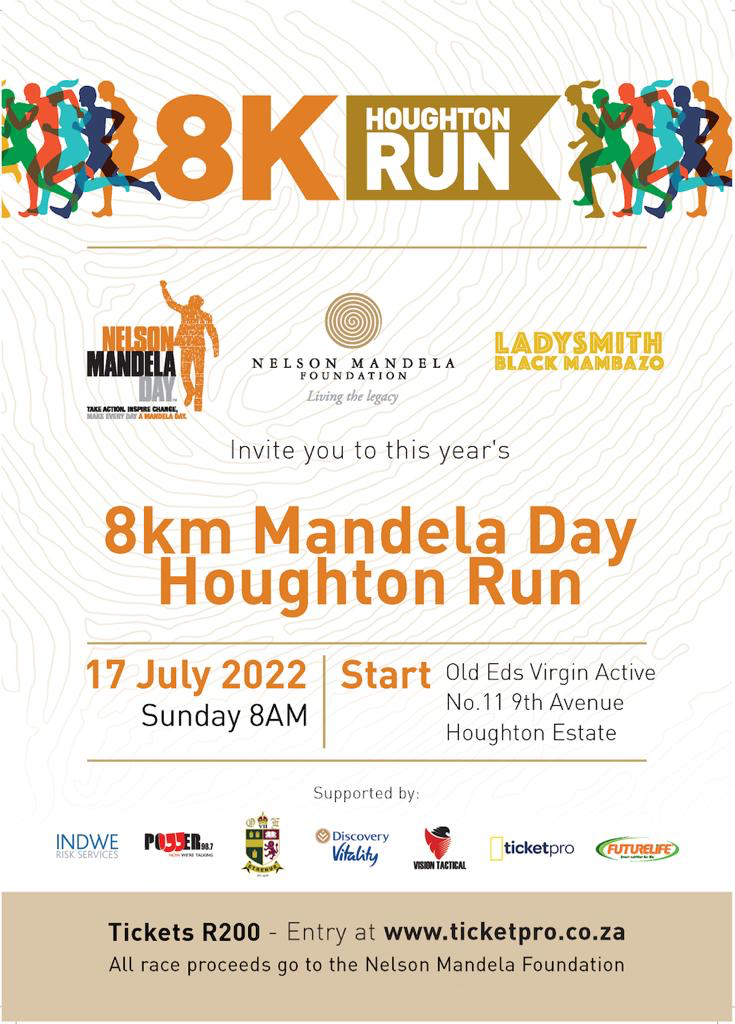 This year, in celebration of Mandela Day, the Nelson Mandela Foundation is hosting its inaugural, Mandela Day Houghton Run.

The event, which will honour the birthday of global human rights icon, Nelson Mandela ,will be held in the grand old suburb of Houghton were Madiba often walked, in his  latter years. Many people were often surprised to find him walking the streets, with his body guards on tow.

As an added treat for participants, Multi award winning group, Ladysmith Black Mambazo will be participating in this inaugural event in celebration of our first democratically elected President, Nelson Mandela, with whom they shared many memorable gatherings, including the awarding of his Nobel Peace prize.

The 8km race route will incorporate some iconic sites, such as Madiba’s 12th street House, the Sanctuary Mandela on 13th Street and the Nelson Mandela Foundation on Central Street.

The Old Edwardians club will host both the start and finish of the race, with Virgin Active, Houghton hosting  the warm up before the race and cool down after the race. Interestingly, it was Nelson Mandela who convinced Richard Branson, to buy the Health and Racquet Club business in 1994.

The race will start at 8am on Sunday 17th  of July and will be timed with Discovery Vitality offering 300 points for members to complete the distance. Tickets are available at ticketpro for a donation of R200. All race proceeds will go toward the continuation of the Nelson Mandela Foundation’s good work. Entries are limited, so make sure you enter soon. To enter log onto; 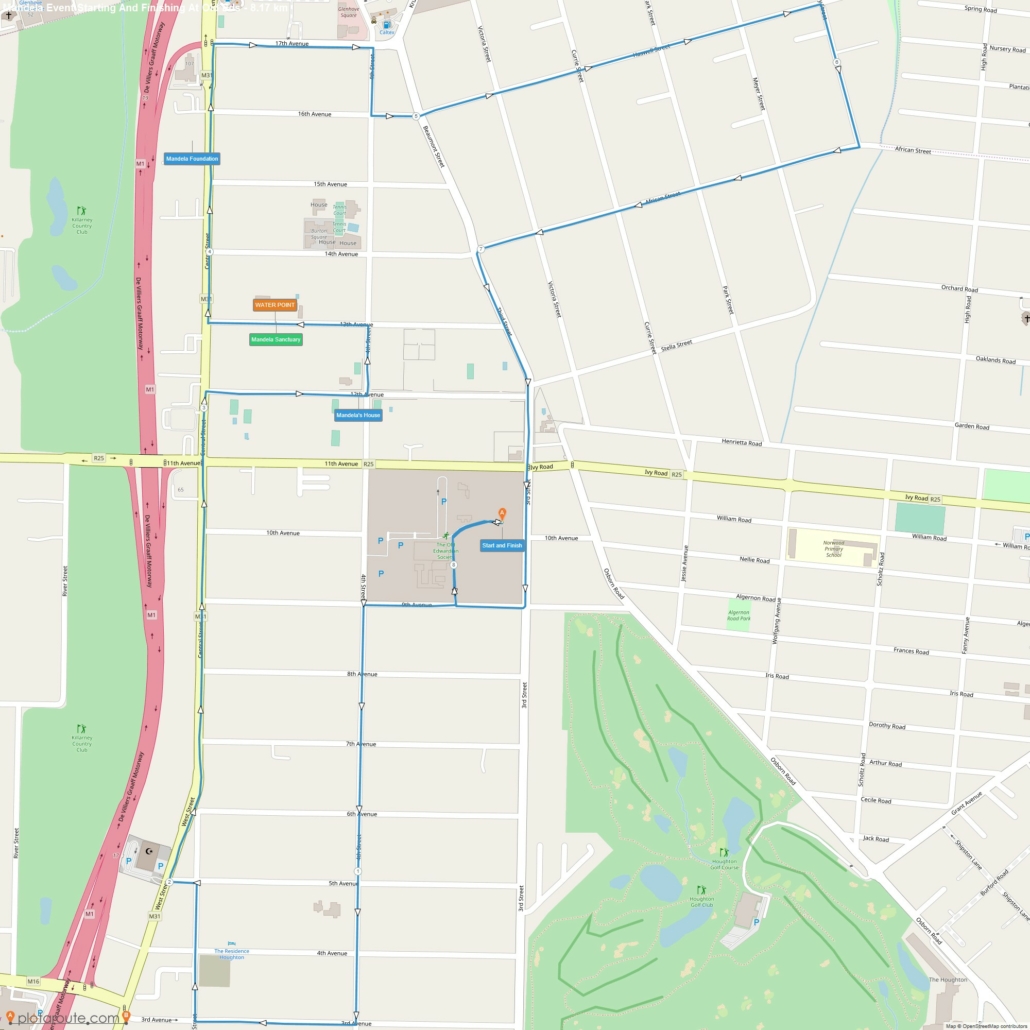