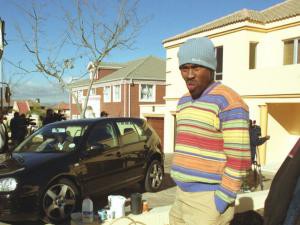 In what appears to have been an assassination plot, Monare Ignatius Selokwane “Junior 13” was gunned down in a drive-by shooting outside his butchery and grill business in Mamelodi at about 9pm.

Dlamini could not provide further details on Monday morning, saying only that Selokwane’s bullet-riddled body lay next to his Toyota Hilux after the shooting, and that he was confirmed dead at the scene.

The multimillionaire taxi boss has made headlines over the years, with the police linking him to a string of crimes.

He was expected to appear in the high court in Pretoria next month in connection with the 2012 murder of another man, but Dlamini declined to give details on the case.

For bank robberies alone, Selokwane and others believed to be members of his gang stand accused of robbing banks of over R100 million in the Eastern Cape, Mpumalanga and KwaZulu-Natal.

The Star has reported that this particular gang used grinders and an assortment of weapons to rob banks around the country of millions.

This included the robbery of R26.8m from a Nelspruit bank in 2003 – the most elaborate bank robbery in the history of South Africa.

Three years after this monumental robbery, the police had only managed to recover R1.5m of the stolen loot.

Dlamini was unable to confirm if police recovered all the money that was stolen in the bank robberies Selokwane was linked to.

Although the alleged criminal mastermind was arrested on several occasions and was facing a string of charges, he managed to evade conviction.

In 2006, the National Prosecuting Authority (NPA) was accused of bungling a case after charges against Selokwane and nine others were dropped in a Mpumalanga court.

Apart from separate charges of corruption, the businessman was also accused of stealing cars, falsifying documents and then selling the vehicles.

Throughout his time under the police radar, Selokwane is believed to have been composed during raids at his house as well as during his appearances in court.

In one of the raids at his Kyalami Estate home in 2003, The Star observed that he remained unperturbed, even audaciously offering tea to surprised members of the Asset Forfeiture Unit who swooped on his house.

This was despite the fact that the Asset Forfeiture Unit attached goods worth R6m at Selokwane’s double-storey mansion.

NPA spokesman Luvuyo Mfaku could not comment on Monday morning on Selokwane’s pending cases, saying he needed to first check with the Pretoria office.

Meanwhile, tributes poured in for Selokwane on Facebook, with some social media users hailing him as a hero and others saying he got what he deserved, with comments like: “You live by the gun, you die by the gun.”

His profile was deactivated.